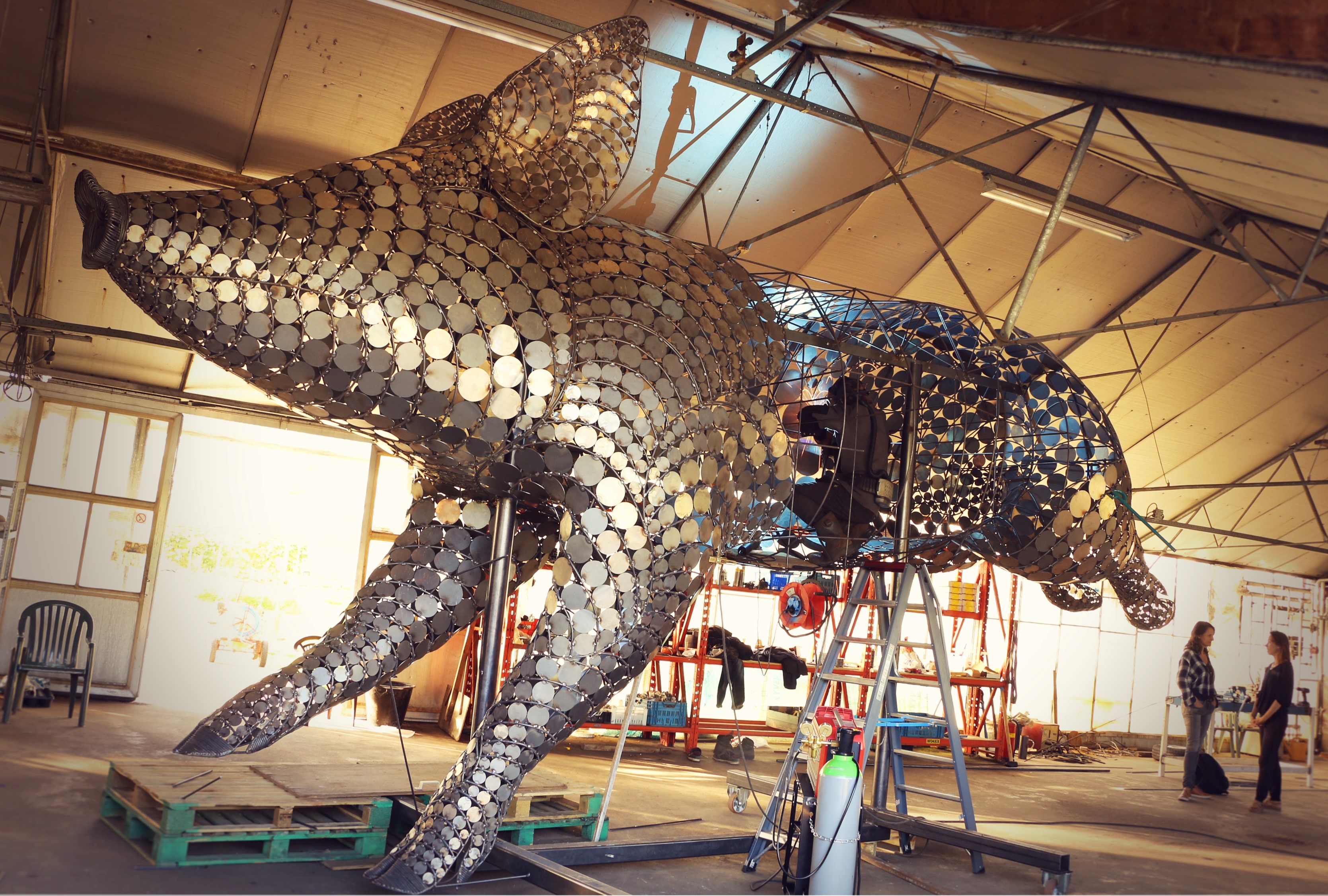 Ode to the Pig

Now on display at the Geitenboerderij Ridammerhoeve in the Amsterdamse bos, until the end of July.

‘Ode to the Pig’ is a pig that leaps into freedom. With this work I want to express the spontaneous nature of animals, their vitality and beauty. I hope people will recognize themselves instead of looking away in times of factory farming. The pig reflects the joy and the life’s energy that every being has. Together with my boyfriend Dirk-Jan Schrander I created it.

She also went to Belgium: Antwerp, Brussels and Kortrijk. During the winter and spring she stayed in a meadow in the South of the Netherlands, De Nobele Hoeve. In August and September 2020 she was exposed in Hamburg in cooperation with Business Improvement District (BID) Dammtorstraße.

‘Ode to the Pig’ was the start of the European Campaign, ‘End the Cage Age’. October 8th 2019 she was exposed in front of the European Commission in Brussels to celebrate the 1,5 million votes to demand an end to caged farming in Europe.

We receive heartwarming messages throughout her journey. Grateful for your appreciation ♥

Many thanks to Varkens in Nood (Pigs in Need), Compassion in World Farming Netherlands, World Animal Protection and Partij voor de Dieren (Party for the Animals). With their support we could realize it.